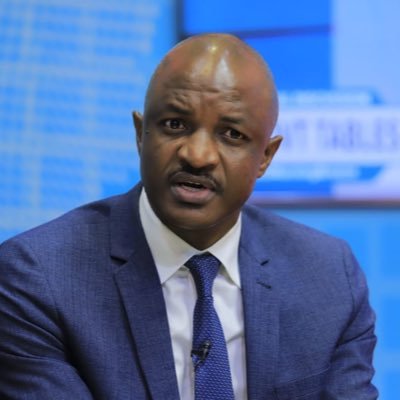 The Permanent Secretary and Secretary to the treasury Mr Ramathan Ggoobi says the proposal to scrap taxes or reduce them will not address the challenge of escalating commodity prices in Uganda but will instead cripple government’s ability to extend the much needed services to the people.

Ggoobi was responding to proposals from a section of the public including manufacturers amid rising inflation and a sharp rise in essential commodity prices for months now in Uganda. Prices for fuel, soap, sugar, cooking oil, cement and other goods have shot up to unprecedented levels, for which governmentis yet to issue a comprehensive response plan.

In a social media post on Sunday, Uganda Iron and Steel Manufacturers proposed scrapping taxes on raw materials like plastics used in packaging, Palm oil & crude oil for soap & oil products, and scrapping of 30 shillings levy imposed by government for marking every litre of fuel imported into the country, as short term remedies to skyrocketing prices.

The manufacturers also proposed scrapping of 30% excise duty on each litre of diesel, 35% on petrol, and 15% Witholding Tax on transport service, and the 1.5% infrastructure levy.

In the short term, Uganda Iron & Steel Manufacturers proposed that government should rehabilitate the railway and move all cargo by rail, but also establish fuel reserves that can sustain the country for 3-6 months, prioritize the central corridor alongside the oil pipeline, prioritize water routes for movement of fuel, as long term remedies.

However, Ggoobi says, removing taxes is an ill-suited policy for addressing rising prices and taxes are not the cause of the current inflation yet they remain the current source of revenue for government.

According to Ggoobi, there are structual reasons for the rising prices. He says fuel prices have risen due to increased demand for fuel as travelling/driving improved following lifting of covid-19 lockdowns while production everywhere has returned to pre-pandemic heights. “In short, demand has recovered, but supply hasn’t caught up yet -it takes time to drill for crude oil and refine it for motor fuel.” he noted.

As for proposals to scrap tax on fuel, Ggoobi says it is also counterproductive since people who drive are broadly the same people who benefit from roads that are currently being constructed by government. “this makes fuel an efficient source of revenue.” He said government programs like Parish Development Projects will go a long way to improve the economy’s productivity and one of the long-term remedies from government.

“Since we (government of Uganda) are looking for ways to fight inflation at a time when households and businesses need help to recover from effects of covid-19, we have concetrated more on structual reforms to raise the economy’s production capacity in the medium and long term.” he stated.

“Most other suggestions are simply good common sense but very bad economics. Avoid temptations to think that economics is synonymous with common sense although they share some distant DNA” Ggoobi said.