According to Deputy Police Spokesman for Metropolitan Kampala Luke Owoyesigyire, the fire that started at around 4PM destroyed property but no fatalities nor serious injuries were following the breakout.

Owoyesigyire says Police Fire Prevention and Rescue services responded immediately and the fire has been managed as much of the property was salvaged by police officers.

He said the investigations are on to establish the cause of the fire. 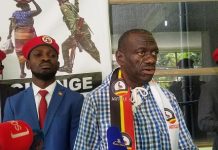 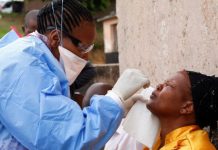