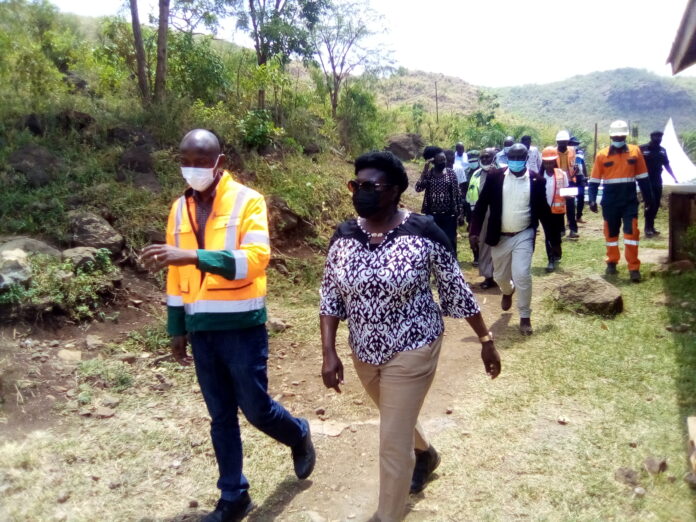 Cabinet minister for Energy and Mineral Development Hon Ruth Nankabirwa on Friday concluded her tour of Eastern Uganda which started in Busia to Tororo and Kapchorwa with focus on promoting sustainable mineral’s exploitation in Eastern region.

The visit started at Wagagai and Tira Gold mines in Busia District and later Tororo Hima cement Quarries as well as the cement manufacturing industries in Tororo District. The minister who was accapanied by the state minister for minerals Hon Peter Lokeris, Hon Godfrey Ekenya among others also visted Tororo District Headquaters and spoke to local leaders.

After several engagements, Nankabirwa said She is happy that besides mining activies, the environment is being preserved. Nankabirwa also noted that the ministry will organize stakeholders’ workshops to take them through the new Mining and Minerals Bill which clearly spells out matters of Royalties, Production sharing agreements and Artisan miners.

Nankabirwa asked the managers of Tororo, Hima and Simba cement factories to maintain a good working relationship with their employees and to always prioritize their safety and health. The factory managers however raised concerns over load shedding and high power tarrifs yet power supply is unreliable.

Along the section of Tororo-opuyo-Lira road, the team addressed Bulambuli residents who had blocked the construction of a High Power grid which is expected to transmit power to areas of Lira District, parts of western Kenya among others. The residents concerns were underpayment in compensation for their pieces of land.

Minister Ruth Nankabira assured the Project affect persons that payments will be effected this financial year after assessment is complete and said if court gives orders for additional payments the ministry of energy will not hesitate to oblidge.

Minister Nankabira concluded her tour to by visiting the Uganda China Cooperation Dongsong which after its commissioning, stopped operations due to financial challenges despite expectations from residents that it would employ locals and bring revenue in taxes.

The officials at the dongsong industry said they need the intervention of president Yoweri Museveni who they say can help them talk to the president of China to see how the international Development Bank of China can finance them. The managers called upon the energy and minerals minister to lobby for them a bailout of $620 US million dollars to facilitate the industry to become operational again.

Angura Fredrick the Tororo South county member of parliament said government should intervene into matters of Dongsong since as politicians they had alot of expectations in it and the facility needed to be bailed out for social economic transformation can be realized. 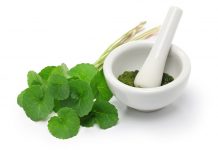