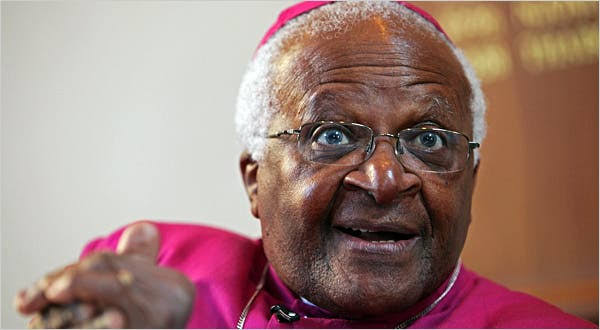 Uganda’s president Gen. Yoweri Museveni has eulogized South African Archbishop Desmond Tutu who died on December 26, as a corageous and greatest leader South Africa has ever had who was both a PanAfricanist and a peacemaker.

In a condolence message he sent to President Cyril Ramaphosa, Museveni described the Late Archbishop Tutu as one of the greatest sons of Africa and a libetator.

“Iam saddened to learn of our PanAfricanist and peacemaker Archbishop Emeritus Desmond Mpilo Tutu who died on Sunday 26th December, 2021. On Behalf of the people of the Republic of Uganda and indeed on my own behalf, I wish to convey to you and through you to the family of the Late Archbishop our greatest condolences and sympathies as we mourn our liberation icon.” Museveni said.

President Museveni stated that Archbishop Desmond Tutu will be remembered as one of the greatest and courageous leaders of South Africa, who came face to face with the apatheid regime demanding justice, freedom and equality for the black people.

A Nobel Peace Prize winner, Anglican Bishop and theologian, Desmond Tutu was known for his work as an anti-apartheid and human rights activist. He was Bishop of Johannesburg from 1985 to 1986 and then Archbishop of Cape Town from 1986 to 1996, in both cases being the first black African to hold that position.

On Monday, South Africa started a week of mourning to honour anti-apartheid icon who died in a Cape Town nursing home on Sunday at age 90. Several events are being planned throughout the week to honour Tutu’s life.

Then on Friday, Tutu’s body will lie in state at St George’s before a requiem mass is held there on Saturday morning. Tutu’s ashes will be buried in a mausoleum in the cathedral.

Authorities reported that more than 400 people have already indicated they wish to attend the January 1 service, due to start at 10am (12:00 GMT). However, existing COVID-19 rules in South Africa cap gatherings at 200 people.

“We therefore cominserate with you, the bereaved family and the people of South Africa for the loss of one of the greatest sons and liberator of Africa. May the Almighty God grant his soul an eternal rest” Uganda’s president Museveni noted. 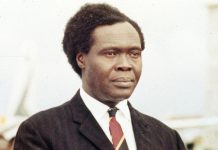 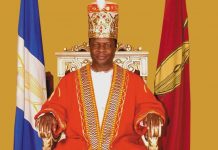