Nagalama Police in Mukono District arrested a father, Shaban Nfuddu, who is pinned by his three daughters that he has been sexually assaulting them to the extent of impregnating one of them.

Nuulu Nawooya (17), a senior two student of St. Markrona College Kisoga Mukono, claims that she was impregnated by her own father Shaban Nfuddu who is also the head of this school.

Luke Owoyesigire, the assistant spokesperson of Kampala Metropolitan Police confirmed the arrest of this ravager and informed us that there are three other girls Nfuddu has been feasting on.

Nuulu, who we found holding a baby at Kabembe Village in Mukono District claims the single room she lives in is where her father allegedly used to sleep with her. She says she is nursing a second child from her biological father.

Nuulu also asserted that she is currently 4 months pregnant curtsey of her father. She says she is not the only one who was sexually assaulted by her father but also her sisters faced the same problem.

She however suggested that her father could be posessed by evil spirits which drive him to have sex with his own daughters. She urged her fellow girls who are in the same condition to come out and report to the police.

The residents of the village affirmed that they were aware of Shaban Nfuddu’s vices but preferred to keep quiet because they had no proof to pin him.

Jane Nakabuye, Nfuddu’s landlord also told us that when he inquired about the issue of him sleeping in the same room with his daughters, Nfuddu replied that he has no money to rent two rooms.

The assistant LC I chairperson of Kabembe, Kaweesa Godfrey, condemned the satanic acts of Nfuddu which ashamed the whole village and vowed that if the citizens had informed him he would have arrested Nfuddu long ago. 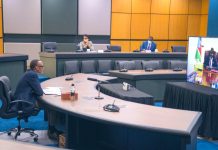 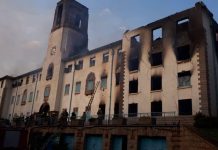 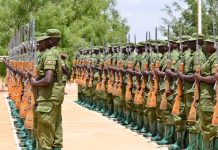