President Yoweri Museveni has told heads of anti-corruption agencies in Uganda to adjust their strategy in the fight against corruption because their institutions are already infiltrated by thieves.

Speaking before the launch, president Museveni said, his government has put in place several avenues required to fight corruption but the biggest challenge is that the institutions have also been infiltrated by thieves. He faulted the agencies for sticking to conventional ways of fighting corruption yet the thieves are within themselves.

“There is a problem in managing your institutions and it is the problem of you the leaders. The systems are there, the laws are there but they are infiltrated. Your institutions were taken over by thieves” Museveni said.

Museveni faulted offices of the IGG, the Police and the Judiciary for letting him down partly due to their failure to investigate and punish thieves. He said, public trust in these institutions has waned due to failure to collect evidence against the thieves which he said is readily available.

“Ask the victims quietly and get independent information. Don’t just sit in offices or rely on what your juniors tell you; check on the people you work with and check with the victims. Ugandan’s who are the victims have a lot of evidence against the thieves” He said. He advised staff of agencies to start spying on each other because they are working with thieves.

President Museveni who testified that he has been an anti-corruption activist even before he joined government, also faulted DISO’s and RDC’s for sleeping on the job yet it is their role to collect evidence from local people.

“The RDC’s are just there. They no longer “smell” (investigate crime) So are the DISO’s. That is if they are not conniving with thieves” Museveni added. He advised leaders of agencies to informally link up with the victims and extract the evidence against corrupt government officials which he said is abundant.

Museveni said the main reason LC’s were created was to closely monitor, report and attend to grievances of local people, a role that they abandoned long ago.

He stated that his government derived credibility and trust from locals from harsh decisions it took against offenders during the bush war days when murderer was punished with death. He said it is wrong for the agencies to try to enforce foreign doctrines in a society that is transiting from traditional “eye for an eye” method.

“Death must be answered with death if it is found to be intentional and not accidental. The other weakness with the Judiciary is bail because some offences do not deserve bail.” he noted.

Museveni said he however cannot stop putting in place avenues through which corruption can be fought and promised to engage the State House anti-corruption team head, Lt. Gen. Edith Nakalema to advise her on the best strategies going forward. 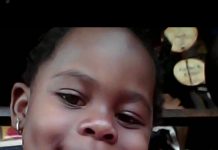 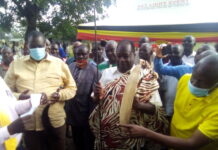