According to Tanzanian media, the internet-based broadcaster Kwanza Online Television was banned after it has been found guilty of publishing an “unbalanced story” about the COVID19 situation in the country, as reported by the U.S Embassy.

Kwanza TV was previously banned for six months from September 2019 to February 2020 for misreporting, while two other online stations; Watetezi TV and Ayo TV were slapped with fines for allegedly contravening Tanzania’s online content regulations by failing to publish user policies and guidelines.

Last month, the Swahili-language weekly tanzaniadaimatz and an online paper MwananchiNews were also suspended in a move that was widely perceived as media crackdown and press censorship by the state.

The US Embassy in Tanzania has often issued statements accusing the Tanzanian government for non-disclosure of information regarding COVID-19 situation since April 29.

On July 1st, the US Embassy issued a health alert implying that the risk of contracting coronavirus in Tanzania through community transmission remain elevated despite despite governments decision to open up business sector and society across the country.

The alert reiterated an earlier claim that health care facilities in Tanzania can become quickly overwhelmed in case of a crisis.

The authorities in Tanzania however, dispute these facts claiming that infections have drastically reduced contrary to the reports from the US Embassy.

In issuing its suspension, the regulator quoted sections of the law that require Tanzania broadcasters to ensure that content presented upholds national sovereignty and national interest.

11 (1a) “A license shall ensure that the programme and its presentation; (a) upholds national sovereignty, national unity, national interest, national security and Tanzania’s economic interests” -part of the regulation reads.

In the September 2019 incident while issuing a similar suspension, the regulator alleged that a Kwanza Online TV report incorrectly referred to Dorothy Gwajima, a senior civil servant in the Office of the President, as “Dr. Gwajima” rather than by her full name, and mischaracterized an incident involving her, according to the statement by Kwanza Online TV.

The regulator argued that the report could have been misconstrued as referring to Bishop Josephat Gwajima, a Tanzanian pastor, according to those reports.

Media reports allege that Tanzania’s online content regulations have been used to force the operators of forums, blogs, and streaming services to pay high registration fees, prevent their users from operating anonymously, and comply with other strict policies or face legal prosecution. 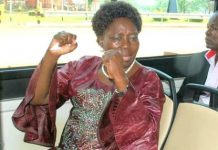 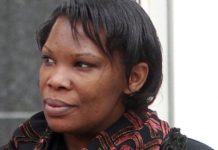