President Museveni has said government is shifting focus on land borders as the latest measure to stop the spread of coronavirus in Uganda.

Museveni said after closing airports as a measure to stop importation of the virus, efforts to fight COVID-19 are now shifting to land borders.

Museveni said tests have shown that Uganda has problems with truck drivers ferrying cargo into the country, and the Minister for Health on Friday met line ministers of the different East African Countries to map a way forward.

“We have a problem. We cannot shut off cargo trucks. We need the cargo, we need the goods. But at the same time, we don’t want the disease. We need to solve this problem of the borders” President Museveni said.

Almost all of the latest cases imported into the country are truck drivers plying through Uganda’s borders ferrying cargo to a landlocked East African country.

Museveni said the most viable option is to have cargo owners switch crews at borders replacing them with those that are confirmed not to have the virus, after mandatory testing at borders seemed unrealistic due to the time it takes for results to be confirmed.

He however said hiring of drivers from within the host country should be a private arrangement between cargo owners and individual drivers. He says it is possible to have only one driver allowed into the country for each truck.

Museveni also flagged off a fleet of vehicles to help the Ministry of Health in the fight against COVID-19.

He said his intention is to build a fleet of vehicles that will be spared for times of crisis and he will not allow officials to misuse these cars. 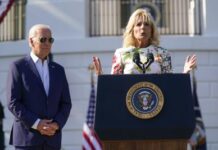