The corona virus has hit the headlines as the most devastating epidemics of our times. Never in the history of the modern times has an epidemic unsettled mankind and turned the world economy upside down like the coronavirus.

The coronavirus may not be as menacing and painful as the Ebola, Marburg or HIV virus, but it ability to spread the entire world in a short period of time has made it the most dangerous epidemics of all time.

Therefore, this author recognizes the devastating effect of the virus in all its destructive forms. So as a disclaimer, we pray that the reader realizes that the intention of this article is rather a guidance-related rather than a mere critique of the directives and safe guards given by president Museveni.

It’s more of an offer for an alternative solution for our country in these very hard times.

To an average person, therefore, president Museveni’s Wednesday evening directives that resulted into the lockdown may look as the best way out of the COVID-19 mess, but some of us feel that he should have done better. We actually feel that he made a mess of it.

Look here; by the time the Ugandan government authorized a lockdown to safe guard against the onslaught of the corona virus, the country was proudly clear of any single case of the virus. No single person, either Ugandan or not, had showed any signs of the COVID-19 disease in any part of the country.

This calls for questions as to what prompted him to act in the most haphazard manner. Why issue very harsh directives that have the effect of paralyzing the economy?

Many NRM apologists argue that, since the neighboring countries (Rwanda, Kenya and Tanzania) had all suffered from cases of COVID -19 and had even issued crude lockdown measures, Uganda had to follow suit. I mean, do we have to follow what everybody else does, even if the situation and circumstances are different?

Different circumstances call for different solutions. Just because Italy has lost 400 people in one day doesn’t mean Uganda will suffer the same fate. Why do we have to panic?

When the Ugandan president went on to issue directives including closure of all bars, churches, political rallies and schools, it didn’t rhyme with the circumstance on the ground.

And even if it (the lock down) was the right thing to do, it was not done in a proper manner.

The argument was that all sectors of high population concentrations had to be disengaged.

And the immediate question therefore is: if the Ugandan president was eagerly interested in human safety for all Ugandans why did’nt he look into the fate of prisoners congested in prisons around the country?

Although it would be unthinkable to release hard core criminals, a highly considerate president should have ordered for the release of low level prisoners.

There are low caliber prisoners who committed lesser crimes like traffic offenses, hawkers, petty theft, vagabonds, political prisoners who are rotting away in Ugandan jails in very big numbers.

What does the Ugandan government lose if it released these low level criminals, especially the political prisoners?

If you cross-checked, you will find that Ugandan jails have the highest concentration rate of prisoners per average room in the world.

In fact precedence was set when the Iranian government released over 8,500 political prisoners in the wake of the corona virus last week.

The first line of Action

Since we had not registered a single case of the virus in the country, the first line of action should have been to opt to country-wide awareness about the necessary safety measures that are mostly educational like it was done with HIV aids, Ebola and Marburg outbreaks.

-The awareness was supposed to be spread through constant radio and television messages to alert the population about the do’s and don’ts of the corona virus as a first precondition.

-Since the virus was known to be originating mostly from abroad, we should have simply closed out borders.  Nobody would have blamed us for the decision. Then, we should have maintained a normal routine as we monitor the situation.

President Museveni’s decision to close all schools and educational institutions was not only poorly studied but was haphazard and insensitive.

Although schools have a high concentration of the population, they are also the easiest to control by instituting the standard operating procedures (SOPs).

These SOPs may include the washing of hands, the use of sanitizers  the avoidance of hand shaking and hugs and so on.

The other advantage is that these educational institutions operate like closed societies and therefore cannot be easily infiltrated by foreigners with the virus. Why close them indeterminately and indiscriminately?

Candidate students would have remained at school

For instance; if it was considered essentially vital to de-congest schools, government should have ordered for the release of all students and spared those in candidate classes like primary seven, senior fours and senior six candidates.

By doing that it would have allowed a more controlled population of students to remain at school but guided strictly by the standard operating procedures (SOP’s).

This is the same approach that would has been applied on markets, super markets, hotels and should also have applied to bars-as a matter of fact-as long as the congestion is manageable.

Of course we recognize that American president Donald Trump ordered the closure of bars, hotels and other social gatherings of not more than ten people. But the American president stands justified since his country has been hit by the virus.

It is safe to assume that if the CODIV-19 disease had not rocked the USA, then it’s inconceivable that president Trump would have issued such harsh directives that threaten to sink the economy.

You can bet on the fact that if the American government was in the Ugandan predicament (of not having a single case of the virus), it would have simply closed its borders and monitored the situation accordingly without effecting any restrictions on bars, hotels and other social gatherings.

Now that the NRM government has ordered for the lockdown, what mitigating measures have they taken to safeguard people from bankruptcy?

The closed business in the bar sector, the educational sector are renting and servicing loans. What will they do now with this total shutdown of business?

By the way it’s not too late to revise the period of the lockdown. Government can revise it to two or three weeks. Otherwise it would look totally bizarre to continue in a lockdown when we have no case of single victim of the corona virus.

The author, Fred Daka Kamwada is a veteran journalist a blogger and social critic 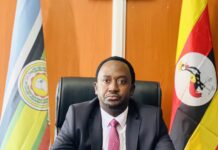 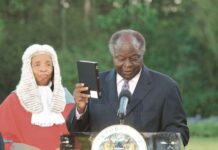 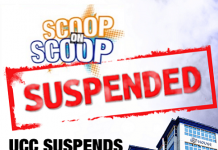