As the Police’s main savings’ scheme – Exodus Savings and Credit Cooperative society is undergoing a forensic audit, many police officers may not be able to enjoy Christmas after fresh reports emerge showing that efforts to end the crisis are yet to materialize.

Despite several interventions from different sectors, reports indicate that key questions remain unanswered, and no concrete solution has been sought to enable police officers access their savings.

The SACCO, which boasts of 28000 members, is the Forces’ third biggest financial cooperative in the country, after the Uganda People’s Defense Forces’ Wazalendo SACCO, and the Uganda Prison Services’ SACCO.

But unlike the two, the Police SACCO has for long been beset by controversy, ranging from allegations of improper accountability to members’ failure to have timely access to their savings. Now parliament demands to know the whereabouts of the 5BN appropriation that was made in the current financial year to repay for the SACCO arrears, but remains unaccounted for.

State Minister for Internal Affairs Obiga Kania today laboured to explain how investigations are still going on, and how the SACCO changed leadership recently, but could not tell the house how, and when police officers can have access to their savings yet deductions from their salaries continue. The deductions are mandatory.

Obiga Kania also confirmed that after months of audit and investigations, no evidence has been availed to explain how financial records of the Police SACCO vanished, and why no official has been reprimanded for this gross mismanagement.

During deliberations in parliament today, Kasiro MP Elijah Okupa said the slow reaction of police leadership over the matter raises suspicion that big shots in government could be involved in the scandal.

Legislators demand that the process be expeditiously handled, and action taken against culprits (including interdiction) pending investigations into the matter. They also propose that the registrar of cooperatives should invoke his powers and suspend deductions until the matter is settled.

“All we need to hear is when the money will be returned to the SACCO, and policemen given access to their money. It is unfortunate that policemen are heading into Christmas without money which they were forced to save” Okupa said.

Cooperatives minster Hon. Gume Freddrick Ngobi told parliament that the board members recently requested that the period of 4 years whose financial records are missing should be excluded from their books of accounts. Legislators say this cannot happen.

Ever since Mr. Joseph Kitandwe, the registrar of cooperatives ordered the SACCO’s audit in May 2019, the results of the audit are yet to be made public.

According to Kitandwe, the SACCO management has never produced “proper” books of accounts since its formation in 2007: “I gave them a time frame to have the proper audited books in place. That time has now passed, and the police is yet to respond.

Speaker Kadaga now wants a comprehensive report on the whereabouts of the 5BN shillings as soon as parliamentary sessions resume next year in January. 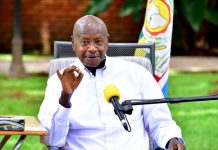 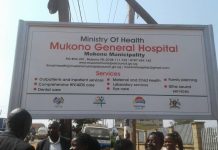 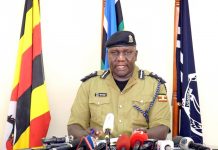 Uganda imposes ban on passenger flights from India over COVID-19